Jazz and Tap dance forms are popular with students of all ages. Both forms are infused with syncopated rhythms and encourage improvisation. As students progress through the various levels, they build greater dexterity and coordination. Their sense of rhythm becomes more finely honed, and they discover that their strength and speed can increase with each hour of practice.

What is Jazz Dance?

Jazz dance technique is heavily influenced by ballet, as well as other styles, including hip-hop and other contemporary dance forms. It has roots in African and Caribbean traditional dances, as well as the jazz music of the early decades of the 20th century. In general, it is an informal, yet very energetic form of dance, making jazz a singularly diverse style that appeals to everyone.

Jazz dance is also a huge factor in every musical theater production on Broadway. Choreographers such as Bob Fosse brought us Chicago and Cabaret, and Jerome Robbins created The King and I, Fiddler on the Roof, and West Side Story. Today jazz dance remains an essential part of musical theater.

What is Tap Dance?

Tap dance relies on unique shoes that have metal “taps” attached to the heels and toes that create a percussive sound when tapped, hit, or slid on the ground. It is the defining feature of tap dance, and in a way, tap dancers are musicians, too, since the sound they create while dancing either adds to the music, or, if the dancer is dancing a cappella (without music) it is the only sound heard.

Tap dance traces its roots to English clogging, Irish step dance, African dance, and flamenco dance. During the 1930s, 1940s and 1950s, tap dance moved from vaudeville shows to cinema and television. Popular stars such as Fred Astaire and Ginger Rogers, Shirley Temple and Gene Kelly all contributed to its rise in popularity. 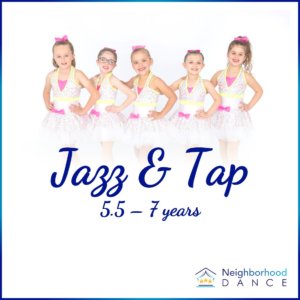 Students work on the rhythmic styles of jazz and tap. With training in foundational technical elements and footwork such as turns, extensions, jumps and leaps, and tap rhythms and patterns, this class sets our students up for success by laying the groundwork in correct technique and form to be able to take on more challenging movements as they progress. (Ballet is recommended when taking this class, but not required.)

Students in this cohort train in the rhythmic styles of jazz and tap. Classes consist of warm-up, center, and across the floor training. Proper terminology and musicality is stressed. In Jazz, students learn and practice various footwork, transitions, turns, kicks, jumps and leaps. In Tap, students learn and practice a variety of rhythmic steps and heel/toe combinations. As they build strength and mobility students begin to work on more challenging steps such as shuffles, flaps, time steps, drawbacks, and cramp rolls. (Ballet is required for the jazz component but not tap. If students are interested in jazz elements without the ballet, then we recommend students look into our hip hop program.) 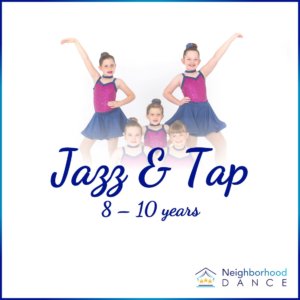 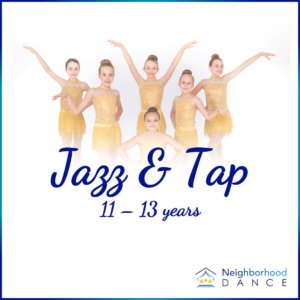 Students in this cohort train in the rhythmic styles of jazz and tap. Classes consist of warm-up, center, and across the floor training. In Jazz, students continue to build strength and good form with core moves and work on more advanced levels of turns, kicks, jumps and slides. As they progress, students focus on making their dance expression more dynamic. In Tap, students continue working their heel/toe combinations and steps such as shuffles, flaps, time steps, drawbacks, cramp rolls. As they progress, they begin working more complicated rhythmic combinations that include pullbacks and wings. Students team up to master new moves and execute choreography. All skill levels welcome. Lessons plans will be designed according to the skill level of each group.

Are you ready for something more advanced and want to take your dance training to the next level? Learn more about our Encore Dance Company where students get opportunities to perform in the community and participate in competitions during the school year session. 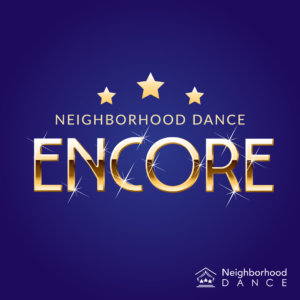 Still have questions? Complete the form below and we’ll be in touch to discuss your goals and help find the right fit for you

Note: If you do not receive a confirmation e-mail reply from us, please check the ‘spam’ folder in your e-mail account.